Highland games held around the early 20th century in what is now 'Powrie Park'. The railway building is visible in the background. 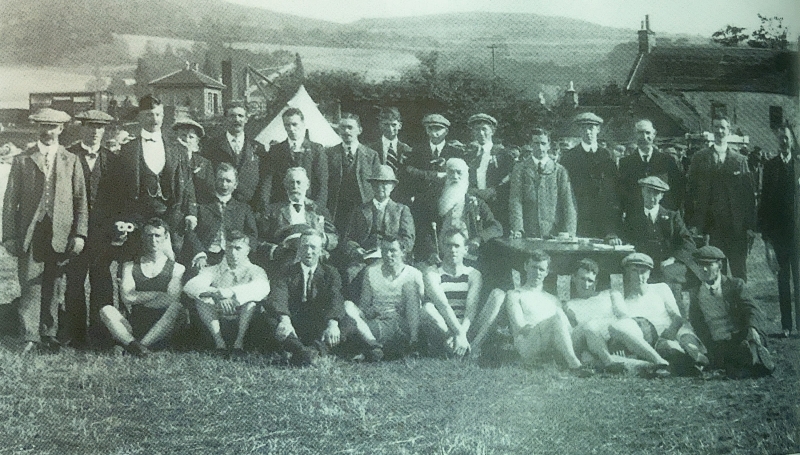 The Sterling Silver cup on top of the display cabinet here is engraved “Abernethy golf club 1909” and includes winners names from 1909 to 1913 inclusive:

It was donated by Marion Armstrong. It stood for many years in the office of her family’s business in Glasgow. Family connections to Inverness-shire caused it to be sent to the Abernethy area there, but the winners’ names and dates prove conclusively that it belongs to Abernethy, Perthshire, and the good people of Nethybridge sent it there in 2014.

It has been speculated that the last winner was a relative of Marion Armstrong who, it is known, had business here for a time, and took it back to Glasgow in 1914, the outbreak of World War 1 meaning that his details were never added to the cup.